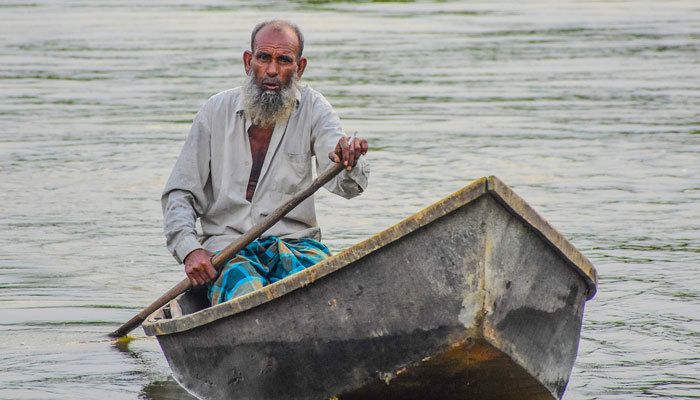 Maryknoll missioners in Cambodia and Myanmar are seeing the return of fishermen who have been rescued from slave-like working conditions on Thai fishing boats. Recruited by false promises of a living wage, these vulnerable people incur crippling debts and suffer terrible abuse by their employers, some for years.

Susan Gunn from the Maryknoll Office for Global Concerns reports, “An estimated 45 million people worldwide are victims of trafficking, which means that they are forced, coerced, abducted or tricked into backbreaking, low-paying jobs or even forced to work as prostitutes. Trafficking occurs at all stages of the seafood supply chain, from getting the fish from the sea to our table, from the people who catch the fish to those who process and ship it for export.

Along with purchasers who want cheap seafood, lawless conditions at sea enable this modern slavery to flourish. “As the largest importer of fish in the world, the United States is in a unique position to demand information on what’s involved in the production of goods we use every day.”

Maryknoll Office for Global Concerns and the USCCB are part of the Coalition of Catholic Organizations Against Human Trafficking.This coalition is based in the belief that, “Each person is made in the image of God, is loved immeasurably by God, and has inherent worth… Modern-day slavery—where men, women and children are bought and sold like merchandise—inherently rejects this principle, showing absolute contempt for human beings.

For this reason, eliminating human trafficking and empowering survivors has been a historic concern of the Catholic Church.” 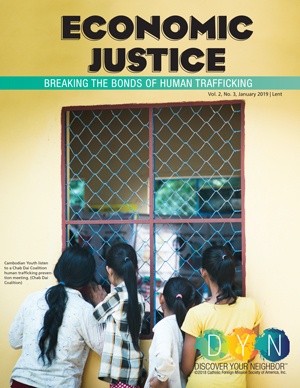